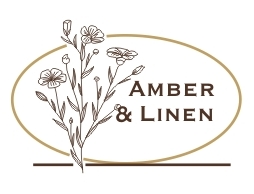 
Linenis a textile made from the fibers of the flax plant, Linum usitatissimum. Linen is labor-intensive to manufacture, but when it is made into garments, it is valued for its exceptional coolness and freshness in hot weather.

Textiles in a linen-weave texture, even when made of cotton, hemp and other non-flax fibers are also loosely referred to as"linen". Such fabrics generally have their own specific names other than linen; for example, fine cotton yarn in a linen-style weave is called Madapolam. The collective term "linens" is still often used generically to describe a class ofwoven and even knitted bed, bath, table and kitchen textiles. The name linens is retained because traditionally, linen was used for many of these items. In the past, the word "linens" was also used to mean lightweight undergarments such as shirts, chemises, waistshirts, lingerie (awordwhich is cognate with linen), and detachable shirt collars and cuffs, which were historically made almost exclusively out of linen.

Linen textiles appear to be some of the oldest in the world: their history goes back many thousands of years.

Today linen is usually an expensive textile, and is produced in relatively small quantities. It has a long "staple" (individual fiber length) relative to cotton and other natural fibers.

Highly absorbent and a good conductor of heat, linen fabric feels cool to the touch. It is smooth, making the finished fabric lint free, and gets softer the more it is washed.Linen fabric has the ability to absorb and lose water rapidly.


When freed from impurities, linen is highly absorbent and will quickly remove perspiration from the skin. Linen is a stiff fabric and is less likely to cling to the skin; when it billows away, it tends to dry out and become cool so that the skin is being continually touched by a cool surface. It is a very durable, strong fabric, and one of the few that are stronger wet than dry. The fibers do not stretch and are resistant to damage from abrasion. However, because linen fibers have a very low elasticity, the fabric will eventually break if it is folded and ironed at the same place repeatedly.

Today in a modern, bright and wealthy world, everyone would be glad to see ecological and natural things, which creates peace, love and harmony in every home, in every family…

Linen makes an individuality touch for each interior, any style and at every home.

The linen is one, who regales one’s eyes and gives a way to feel at ones in the past and our times.

In the world the style and fashion is general today, but the Linen and Amber follows offering itself not like the traditional material, but in a new and fashionable performance.


All production are made of natural linen! We can made any size of production and any quantity!!!

Amber and Linen with one`s unique, magic and therapeutically quality to be able to give a positive harmony, energy, facilitation and hope.